Churches are some of the most beautiful, breathtaking structures around the world. They are the homes of spiritual belief and practice on Earth, they reflect and magnify the glory of the higher power that the congregation comes to worship. Stained glass windows are a key piece in churches, exalting that sense of awe for their communities. This time on the Associated Crafts & Willet Hauser blog we are going to look at 7 of the most awe-inspiring stained glass windows in the world.

Like all art, it is misplaced to try and rank them as the ‘best,’ people will like things for different reasons, for the subject matter, for the colors, for the intricacies of the panels. All stained glass windows are art, they are all beautiful and awe-inspiring. Here are just some of our favorites. 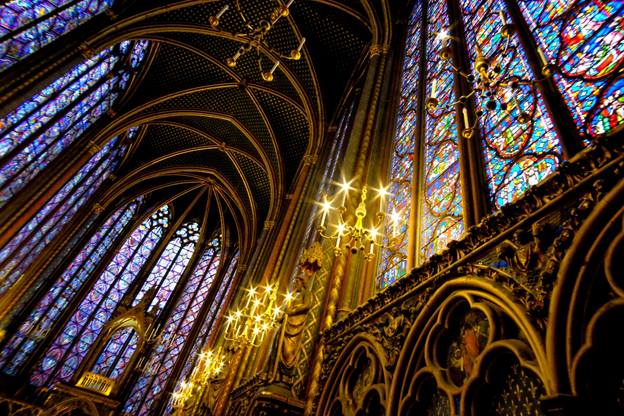 This Gothic-style chapel sits in the Palais de la Cité in Paris, France. It took over 10 years of construction, ending in 1248 for the chapel to be completed. The most famous feature of which are the 15 huge stained glass windows depicting events from the New Testament, including The Passion, the Life of John the Evangelist, Exodus, and more. While much of the chapel is a restoration following damage during the French Revolution, over two-thirds of the windows are authentic. Looking at these it’s hard to imagine that they are nearly 800 years old! 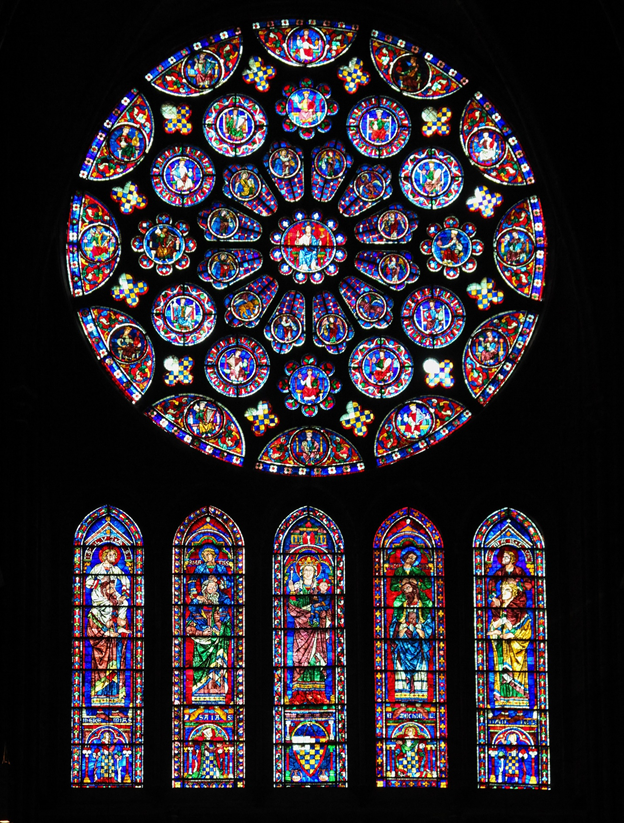 While we’re in France, let’s take a look at the Chartres Cathedral from the early 13th century. UNESCO designated it a World Heritage Site, deeming it ‘the high point of French Gothic Art,’ so you know it’s something to behold! This cathedral has huge flying buttresses and ribbed vaults that allowed the construction of taller, thinner walls which makes way for incredible stained glass. Windows like the rose window that features the Birth of Christ. There are a total of 167 windows, of numerous types including the rose window mentioned, tall, pointed lancet windows and round oculi.

Next door in Germany is an example of stained glass that is awe-inspiring for its ancient-ness. The cathedral is made up of a mix of architectural styles, including ancient Roman walls! Inside are 5 stained glass windows that are the oldest in Germany that feature the prophets, Daniel, Moses, Hosea, Jonah, and David. More stained glass windows were added in the middle 14th century depicting stories of the Virgin Mary. 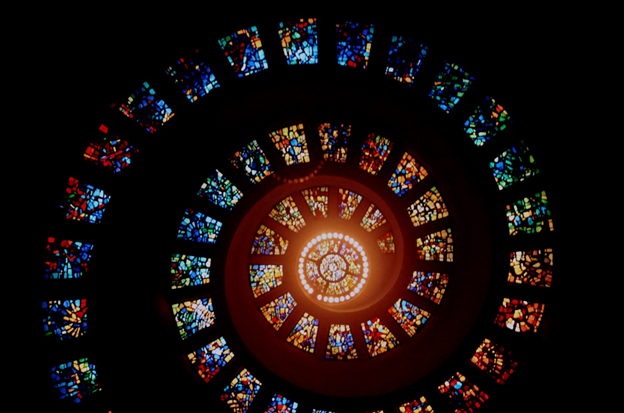 Closer to home is the Chapel of Thanksgiving in Dallas, Texas. This non-denominational chapel was designed by the architect Philip Johnson and features a stunning spiral of stained glass designed by Gabriel Loire in 1976. It is the largest horizontally mounted stained glass piece in the world with over 70 panels!

A display unlike any other sits in The Grossmünster Protestant church in Zürich, Switzerland. In the late 2000s, artist Sigmar Polke was commissioned to design new windows for the Grossmünster church which had removed their artwork during the Reformation in the 16th-17th century. He made several stained glass windows depicting traditional biblical scenes but perhaps the most interesting ones are windows made with agate sliced incredibly thin. The pools of light shine in through the stone and deliver a sight unlike any other! 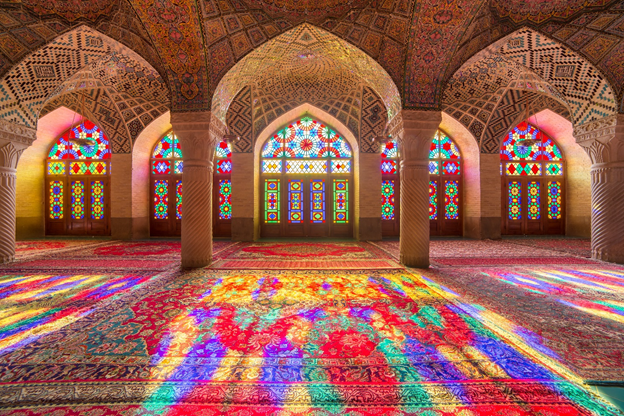 This 19th-century mosque in Shiraz, Iran is an awe-inspiring piece of Islamic architecture. Sometimes called the Pink Mosque, the Nasir al-Mulk mosque has immense stained glass windows along the façade that when the dawn light strikes illuminate the inside of the mosque in warm rose light.

These are such a small slice of the amazing, breath-taking stained glass windows out there. Every window inspires awe when the light comes through, accompanying a stirring sermon or prayer. These are as much a spiritual medium as they are art. If your community needs stained glass windows repaired or new pieces, contact us and find out how Associated Crafts & Willet Hauser can help you!