The Holidays in Stained Glass

The holidays are a special time of year when communities come together to celebrate their history, their traditions, their beliefs. Holidays literally means, holy days! Over the years, many of the stained glass windows we’ve worked on here at Associated Crafts & Willet Hauser have represented those holiday scenes beautifully.  This time on the blog, let’s let the work speak for itself, after all here at Associated Crafts & Willet Hauser we are where light learns to speak!

Perhaps the Christmas image, nativity scenes (or manger scene, crib, crèche) takes inspiration from the story of the birth of Jesus, from the Gospels of Matthew and Luke. Typical figures depicted include infant Jesus, Mary, Joseph, the angel announcing Jesus, shepherds, and Magi.

You can see in this work it tells the event from the Annunciation to the Nativity. The narrative begins at left, with the Annunciation scene- the moment at which the angel Gabriel announces that Mary will conceive and bear a son. The birth of Jesus is illustrated in the next three lancets. In the third lancet shows the baby Jesus lying in the manger, watched over by his adoring mother and Joseph standing protectingly above, while a lamb looks on.

To the left are the shepherds who came to worship after Gabriel appeared to them as they watched over their flocks in the nearby fields. In the right lancet are the Three Wise Men who have come from afar bearing gifts of gold, frankincense and myrrh. According to an artistic convention they are depicted as three different ages: young, middle-aged, and old.

Continue on for some more scenes that we have created: 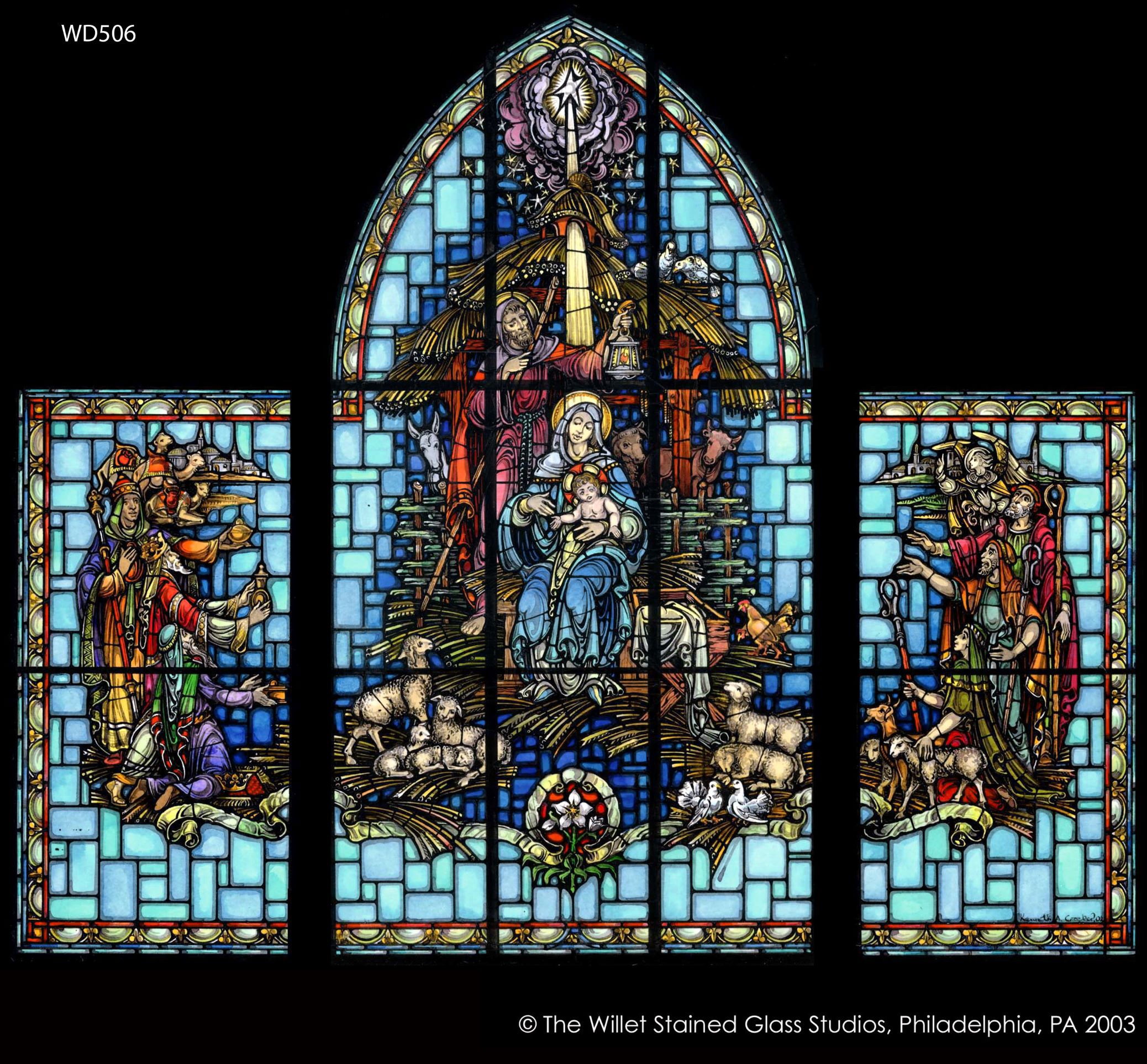 St. Francis Xavier, Birmingham AL  The Holy Family in the manger is depicted, as well as the Star of Bethlehem that guided the Magi to the manger.

Hanukkah and the Menorah

The story of Hanukkah and the menorah begins back when the Second Temple was looted and services halted. In 165 BCE the Temple was liberated and rededicated. During this time, according to the Talmud, the Temple was to be cleansed with a new altar built and attended to. A part of that meant burning the menorah throughout the night but only a single flask with enough pure olive oil to burn for but a single day was found. Yet, this oil lasted a miraculous eight days, the time necessary to prepare a new supply of kosher oil for the menorah! And thus came the eight-day festival of Hanukkah. 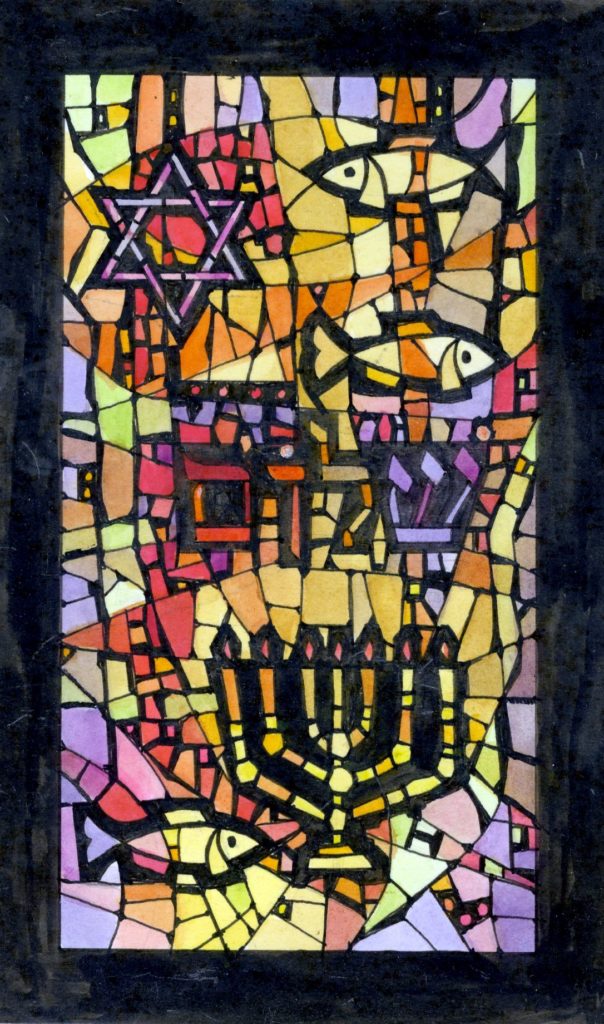 Happy Holidays from all of us here at Associated Crafts & Willet Hauser!